Asad of Moti Mohalla was arrested by Qabool Shah police while he was riding his bike wearing monster wolf head. Asad was especially focussing on kids and girls for his new year celebrations and thought that it was a good idea to scare them to welcome the new year.

Policemen were standing at a regular checkpost and sawa bike approaching. When they bike came near, they had a fright of their lives. This is when one of them screamed and had a near heart attack. The other one fainted but thankfully rest of the lot recovered quickly and approached the monster on bike who had already stopped and appeared more scared than the policemen. They ordered him return to human face and monster obliged.

Out came the meek and trembling Asad son of Ahanullah. He said that it was just for fun and he had found that head somewhere on the garbage pile and just thought of this on the go. Police gave him a good beating on the spot and then took him to tation where they did a photo shoot of him with costume on. 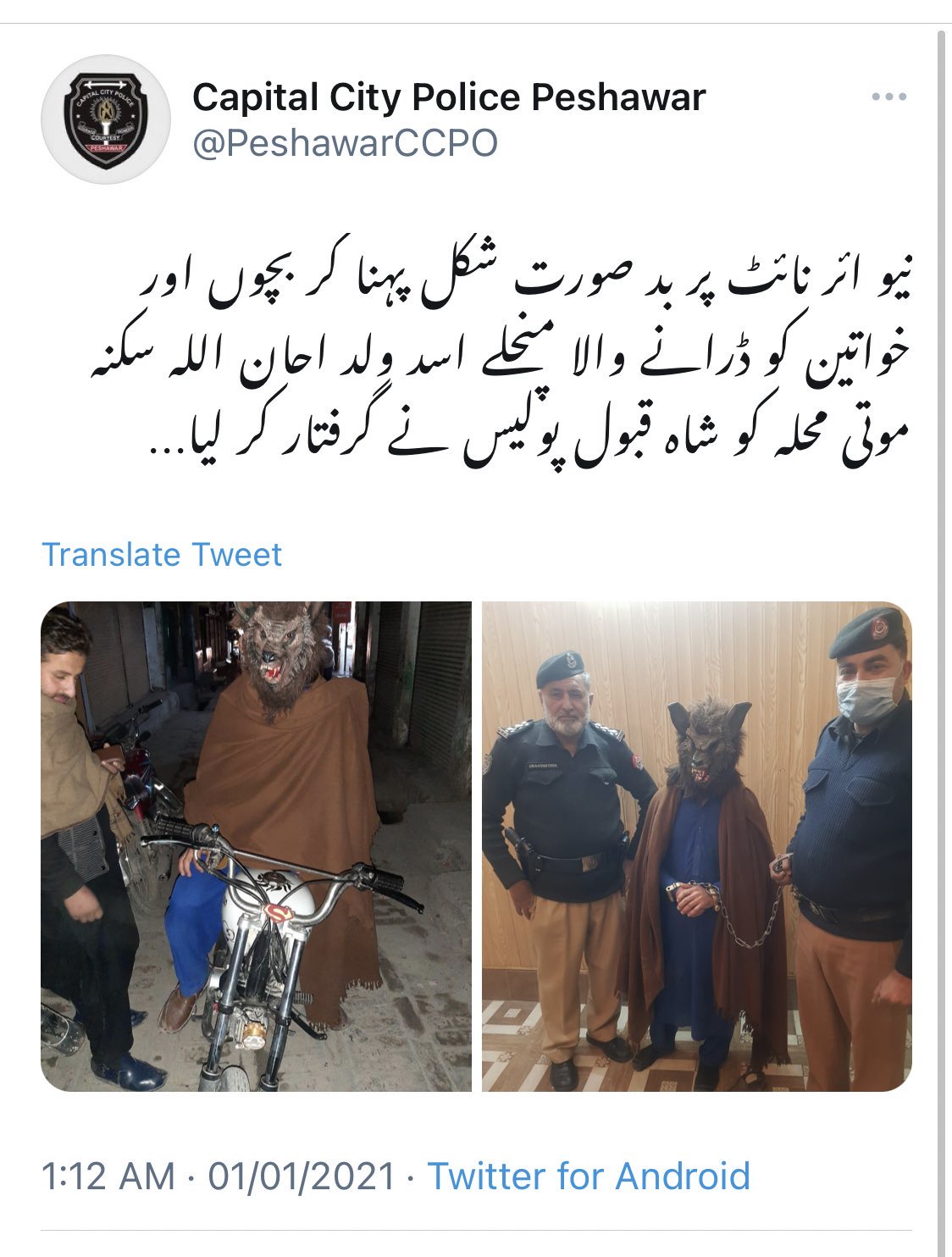 Happy new year from pknama too to monster.