Kandahar 1959, Women teachers! My mother was a teacher and taught thousands of girls and boys. Afghanistan has been the center of education for thousands of years. Wonderful, but not pictured are the many who were not able to participate. Evidence something happened does not prove that there was blanket acceptance of such activities.

So where is the constitution that ensures fundamental rights to each and every citizen. Do these really represent the culture of the majority of the Afghan people? Surely those pictures were of a certain class that at that time had enough money to take pictures. Some prefer to look down on their original culture and set Western culture as a model to be reached. You are stating his words out of context he clearly said that Pashtun culture of rural area both in Afghanistan and Pakistan has been conservative. 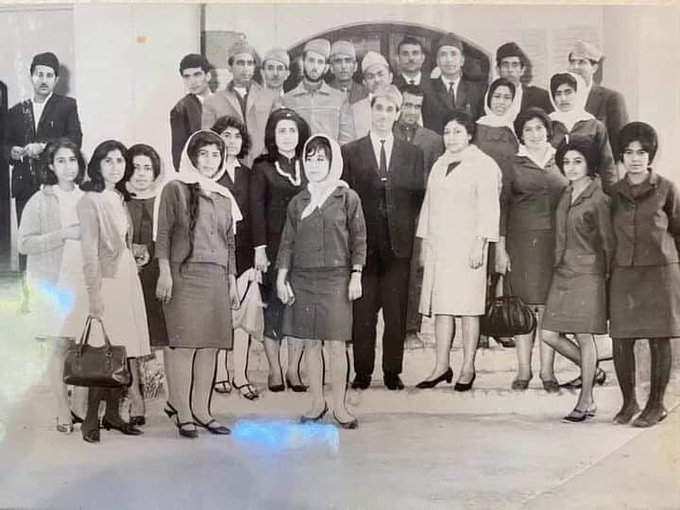 For thousands of years? Can you even name one well-know school, institute, product, invention, game, player, scientist, doctor, engineer, fashion designer, economist,….they produced in those 1000 years? Only warriors? But you can become a historian “who writes his own history.” So why are Pashtuns supporting the barbaric nomadic Taliban. In a hot discussion on twitter Pakistanis are calling us all nomadic. Is this something we deserve because of Taliban?

Even in many parts of subcontinent still it happens. It is not a sweeping statement, it’s a general observation. Where are these ladies in skirt in Afghanistan now? Even at that time did you have this environment in all Afghanistan?

Be the first to comment on "Afghanistan Kandahar 1959, Women Teachers in Skirts"