When I heard that Humayun Saeed was selected by Netflix to play the role of British-Pakistani heart surgeon Dr. Hasnat, I immediately started searching for Dr. Hasnat. The current photos of old Dr. Hasnat are nothing to write home about so I thought may be the young Dr Hasnat was some sort of catch whom Lady Diana couldn’t resist? When I saw the younger Hasnat, he was still nothing to write home about seriously.

Since then I am wondering how come Diana fell for such a fast ugly young Dr Hasnat? It couldn’t be wealth because Diana had her fortune and besides Hasnat was well off but nothing compared to any of thousands of other affluent Brits. So why on earth she did that? Was it a revenge, a rebellion against the Queen and British aristocracy? Or was she just punishing herself? I mean just saw the following photos of young and and old Dr. Hasnat and then look at Diana and decide yourself: 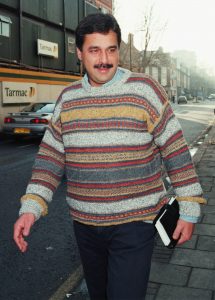 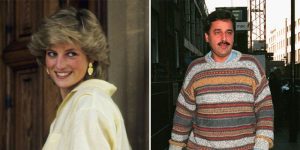 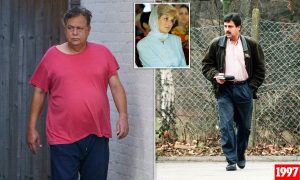 Even the photo of Dr. Hasnat from 1997 when he was supposedly young is very average. Bulging belly, baggy trousers with fat legs, creepy mustache, weird hairdo, years old wrinkled shirt; he isn’t exactly come out as a person for whom a princesses of global fame and following would madly fell in love with. Or may be she had lost her marbles completely at that time, I am not sure. Or may be I have missed something completely and I should go and get my eyesight checked.