The first-ever two-day Sindh Science Festival organized by Thar Education Alliance with support of Sindh Education and Literacy Department and other organizations at NED University in Karachi concluded on Friday with the resolve to promote STEM education in all the educational institutions across the province. The panelists of the various sessions during the festival stressed upon the high-ups of the Sindh government as well as on other organizations to extend the full support to the organizations working on the promotion of STEM education in all government and private schools of the province.

They observed that without giving importance and top priority to science and other related subjects formal educational degrees would not help students achieve their ambitious goals adding they asked other organizations to organize such events in backward regions to provide opportunities to students to showcase their talent through their models and other such activities. The panelists also emphasised on the high-ups of the Sindh government to open the science labs in all big and small schools of the province. 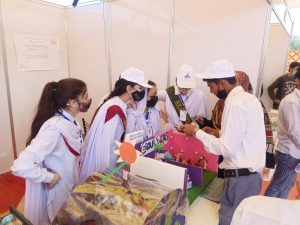 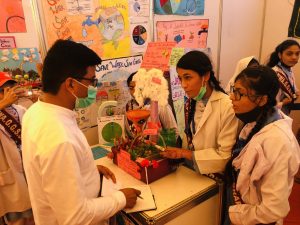 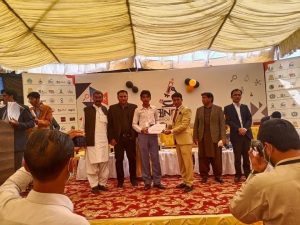 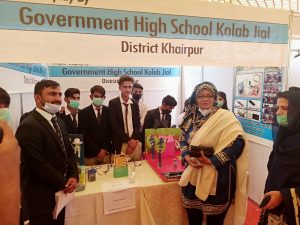 Ms Tanzila Qambrani, the Special Assistant to Chief Minister Sindh for Ministry of Information and Technology speaking on the occasion as the chief guest urged upon the importance of science in the quality education.
She said that it was the prime duty of every family to get their daughter educated from government schools by watching the performance of the teachers of their respective school’s Ms Qambrani added that education under the current situation was completely incomplete and insufficient without STEM Education.

Ms Qambrani said that it was her desire to fully cooperate with official’s of Sindh education and literacy department to work jointly for the noble cause of setting up the science labs in the all schools of Sindh. She deplored the fact that most parents in backward areas were reluctant to send their girl’s to schools adding she said that it was the collective responsibility of the society to give priority to girls’ education throughout. The Special Aide said that she was Glad to have seen the talent of the students during her visit to the stalls and models exhibited there by the students from almost every district of the province.

Mr Tufail Jokhio the pro-vice chancellor of NED University in his speech said that it was a unique event where students from all districts were given equal opportunities. He said that it was an honour for the management of the university to have hosted such a wonderful event particularly in the times Covid-19 pandemic when they could not attend the golden jubilee of their historical institution couples of the weeks back.

Partab Shivani, the CEO of TEA speaking during the concluding session thanked all those, who fully cooperated and participated in different sessions of the festival adding he said that sole aim of the event was to provide equal space and opportunities to students from across the province, who according to him, added colours by establishing their stalls with unique science models. He highly praised the efforts and the talent of the participating students. He said that they would continue their efforts to promote STEM education through such events and other activities until all schools were provided with the science labs. schools with required equipment. ” Glad to have seen the 10th grader Mr Chaman Kumar from DCT Hilal School Mithi, who broke ‘the world record’ by telling the names of all bones of the human skeleton just within 25 seconds” he added and congratulated him for his glorious achievement.

“The fourth edition of the science festival shows that if we do not focus on SDG 4, and will not equip our youths with STEM education, we shall never succeed in our goals” Shivani added. Khanzadi Kapri, the activist during the session on girls and science said that without equipping the female students with STEM education the dream of achieving the goal would never be fulfilled. She said that it was very imperative to involve the girls in every sector including education, science and technology. She highly praised the talent of the participating girls in the festival.

More than 40 stalls were set up in the Sindh Science Festival by students. The students through their scientific models were trying to find sustainable solutions to the challenges being faced by the people of Sindh and Pakistan. They displayed scientific models to address the issues such as water and environmental pollution, power generation from alternative sources, traffic and urban development issues, and the handling of humanitarian issues The students, who had displayed and demonstrated their models and objects more beautifully were given the awards and shields in different categories by the personalities who had attended the festival.